It's hard to prepare yourself for an attack all the time, everywhere you go. If you're caught off-guard, you may need to improvise a self-defense weapon from whatever is handy.

Fortunately, there are lots of everyday items that make effective simple weapons. In fact, it's so easy that the Department of Defense even asked for civilian ideas for improvised weapons.

Let's look at eight common items you can use for self-defense on the spur-of-the-moment.

You could use a backpack as a home defense bag, filling it with various useful tools. But even a simple school backpack can be used for self-defense in several ways. 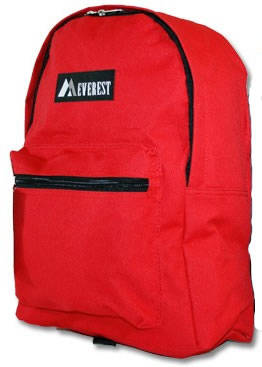 It can act as a shield against knife attacks, punches or kicks and even as a shield against gunfire with a bulletproof insert. You could also carry a ballistic shield for home defense in a backpack, ready to use if you're caught in an active shooter situation.

A backpack can also make a good distraction device by throwing it at an attacker, giving you time to run away.

Textbooks or Other Large Books

If you've ever had to carry textbooks around school, you know how heavy they can be. This makes for a great improvised weapon when needed. 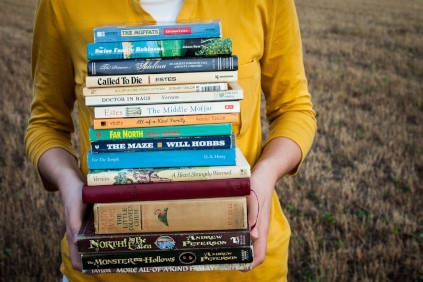 You can use a textbook as a shield against knife attacks or other close-quarters threats. They also help strengthen a backpack's shielding ability when inside.

Textbooks also make good blunt-force weapons, and the larger the book, the better. Hardcover textbooks tend to have sharp, pointed corners on the covers which make good spearing weapons. Aim for vulnerable spots on your attacker like the eyes or throat and the corners can do some real damage.

A rolled up piece of paper or magazine can poke someone in the eye or some other vulnerable part of their body. This can give you a chance to run away while the shock slows them down.

If a magazine is thick enough and you roll it tightly, it can also be used as a blunt force weapon. You can see how this could work in the second Jason Bourne movie, The Bourne Supremacy. Yes, it's movie magic. But if you surprise your attacker with a couple of quick shots to a vulnerable spot, the shock could give you enough time to get away.

Chemical extinguishers work best for this as the chemicals can cause eye and skin irritation. Spray your attacker in the face and while they're temporarily blinded, follow up by using the extinguisher as a bludgeon.

You probably have your keys with you almost all the time and they can make good makeshift weapons. Hold your keyring in your closed fist, with the sharp end of the keys sticking out between your fingers.

This multiplies the effect of a punch and can do some serious damage. Aim for particularly vulnerable spots on your attacker like their face and throat. 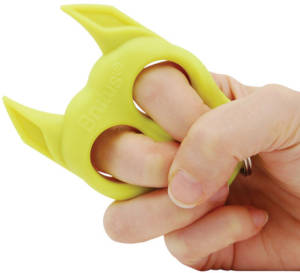 You could also add a keychain alarm or carry a self-defense keychain to multiply the effectiveness.

Another improvised weapon that you'll have with you a lot of the time is a drink and drink container. Hot coffee or tea can be a good weapon when needed, the hotter the better. Simply throw it in your attacker's face and run away.

A metal water bottle can work as a blunt force weapon. It works even better if it's full of water. Use it as a club or if it has a carabiner or key loop, attach it to your belt and use it as a flail weapon. This gives you the ability to use it from further away from your attacker as well.

Pens and pencils have a sharp point so they make good homemade weapons. Any type will work in a pinch but if it's made from stainless steel or some other type of metal, it will be stronger than plastic or wood.

Hold the pen with an overhand grip and aim for vulnerable spots on your attacker. Getting speared in the face or neck is going to slow them down, giving you a chance to run away.

You can also get tactical pens made out of stronger materials and have a pointed end. The point works as a glass breaker as well as a jab-and-stab weapon.

"Distraction" weapons are anything that will distract your attacker long enough for you to run away. Sand or dirt is one of the simplest and is available almost everywhere. Throw it in your attacker's face, blinding them temporarily.

You can also use a blanket or towel the same way. Throw it in their face to distract them while you run.

If you're at home when attacked, you've got lots of household chemicals that also make good distraction weapons. Some of them will also cause injuries if you throw them in your attacker's face.

Bug sprays are particularly effective, especially hornet spray. It's designed to spray a hornets' nest from a distance so you can avoid getting stung. That works well for spraying your attacker from a distance.

The Best Simple Weapons of All

These simple weapons will all help you get out of a dangerous situation but the best weapon you have at your disposal is your mind. Always be aware of your surroundings so you're less likely to be taken by surprise.

Be prepared to react on a moment's notice, and be aware of anything in your immediate reach that you can use as a weapon. Situational awareness will help you react quickly when something happens and the adrenaline kicks in because you'll already know what's available to you.

You can also prepare yourself ahead of time by stocking up on some effective personal protection products. Scotsman Shield can help. We carry a wide range of self-defense, safety and security products like pepper sprays and personal alarms. Check out our website to see the full range of products we offer.