For those who have not thoroughly thought through their innate hatred of guns, which is certainly based upon thoughtless nonsense, I offer the following for the purpose hopefully disposing of this erroneous thinking.

First of all, how can a piece of metal object be the basis for the blame of the Homo sapiens' violence?

Since the beginning of time man has enjoyed taking each other lives. Whatever object was available: a club, knife, sword or whatever was eagerly used. History is full of these sordid occurrences. I don’t believe historically any group of people singled out the foregoing objects, with blame. Who then was to blame?

Since these objects needed someone to act with them, as they could not act on their own accord, would it not be logical then that person or persons would be the culprit? Let’s argue that if you deprived those someone’s with these objects, do you think this would prevent their basic primordial desires to destroy life? If you do, you live in another world…not this one.

We live in a World where there are among us those individuals who are not evolved enough to recognize evil or have any conscience whatsoever. The problem is that they are for the most part unrecognizable. Taking away instruments of destruction would be as effective as shoveling sand against an incoming tide.

Our Freedom is Because of Guns

For now let us return to the gun. This object is probably the most maligned instrument in the world. Were it not for the gun, FREEDOM would not exist today. Can you imagine Washington crossing the Delaware to defeat the British equipped only with swords and no guns? 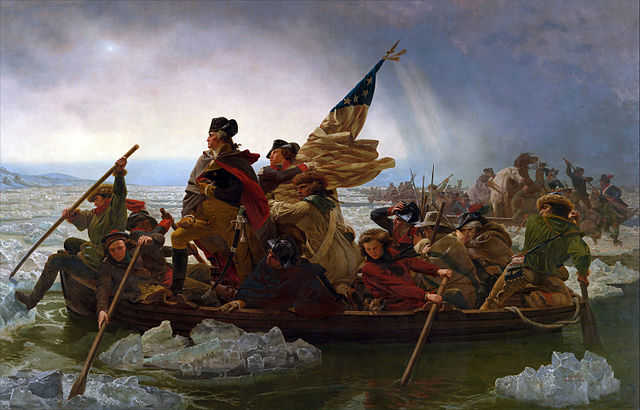 Guns prevented the Japanese invasion of our west coast as the Japanese high command were well aware of the fact that the American people were well armed and would be ready to defeat them. You could say that the blessing of our Second Amendment in the BILLL OF RIGHTS prevented what would have been a bloody encounter.

Hitler decided not to invade Switzerland, as he was well aware of the laws of this nation requiring all citizen to possess in their homes ammunition and weapons…guns. For this reason the Swiss have never been invaded due to the wisdom of the people.

With all this information that is readily verifiable, would we in our nation ever even think of changing our constitution with the idea of eliminating our second amendment? For it is this amendment that keeps us free through our guns.

The argument is that we should hold respect for our guns, for they are an undeniable reason for our freedom, which we all hold so dear. What then are those who work so hard to deny our freedom and our guns… motives? Could it be that they truly believe it is the guns fault for killing in the United States? That would surely occur even if guns were not available, for reasons expressed in the beginning. Could they be that naive? I think not. Great effort has gone forth to convince the general public that guns are the bad guy and need to be eliminated. Why? Could there be an ulterior motive that has nothing to do with guns?

In the mid 1930’s Hitler banned the possession of all firearms. Later, he began the purge of all those of Jewish faith. History shows this tragic event. If those persecuted had been able to defend themselves with their guns taken from them by the SS, which incidentally they greatly outnumbered, historical events would have been vastly different. Israel today recognizes this and their population is well armed with guns.

Could it be that those who are attempting to criminalize the gun and attempt to disarm this nation have the motive to make us servants of a government by force against which we would have no defense? All governments, including ours are not the friend of the people. They will do all they can to increase the power over the people and by gradually take away their freedoms.

Our Forefathers warned us of this and even went so far as to say their reason for the second amendment was to protect the people from their government. WAKE UP YOU AMERICAN PEOPLE…THE GUN IS NOT YOU’RE ENEMY…. IT IS THOSE WHO WOULD TAKE IT FROM YOU. ………..GOD BLESS AMERICA